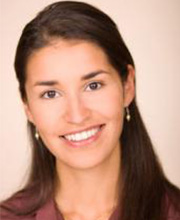 Dr Georgia Kyba is Northern Tuchone from the Selkirk First Nation in the Yukon. Dr Kyba graduated with a Naturopathic Doctorate degree from the National University of Natural Medicine in Portland, OR. She received a Bachelor of Science from the University of Victoria with majors in Psychology and Biology. She holds a BC license through the College of Naturopathic Physicians of British Columbia, CNPBC, and is a member of the British Columbia Naturopathic Association, BCNA. Dr Kyba works in Aboriginal health seeing patients in several communities, facilitating wellness workshops, and participating on the First Nations Primary Care Network. She was born in Whitehorse, Yukon, and grew up in Vancouver, BC, with her parents, two brothers, and sister. Her interest in alternative medicine was instilled in her from a very young age by the compassionate and humanitarian views of her family. Dr Kyba is very active with jogging, hiking, yoga and spending time with her family. 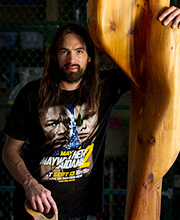 My name is Dave Robinson and I am Algonquin from the Timiskaming First Nation in North Western Quebec. I am currently attending the Native Indian Teacher Education Program (NITEP) at UBC. During my first year at NITEP, I initiated a carving project with the alternative education program “Take a Hike Vancouver.” The project was a twelve-foot red cedar carving that took two years to complete and was finished in April 2015. I gave the name “Many Beings” to reflect both the animal beings present in the body of the sculpture and the human beings that participated in the sculpture’s development. The youth and I connected as teacher, student and human to human with a common understanding of our purpose together. Our purpose we came to understand was no greater or less than doing our part and doing it well. This project was a great challenge for the students and myself, I watched and worked as the process developed, my faith and the students’ faith were tested, but our efforts were rewarded in completion. Once “Many Beings” was completed it was featured in the Vancouver Sun and will be installed at John Oliver Secondary’s library. I taught the youth to do now what will exist forever. I would like to share how carving “Many Beings” was a physical, emotional, spiritual and intellectual experience that should be available to youth as a choice of action. 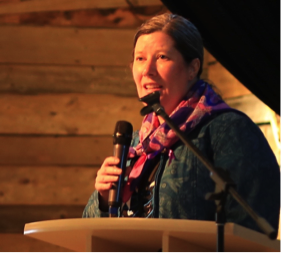 Suzanne Johnson is a Syilx Okanagan Nation member who has been an encourager and supporter of opportunities to increase healthy living.This has included extensive experience in community health and nutrition promotion through education, program design, delivery and evaluation and recently through academic research.With this experience she has come to understand the importance of physical activity to our physical, social, cultural and spiritual well-being. She supports the vision and mission of the Indigenous Physical Activity and Cultural Circle to increase leadership and access to opportunities that promote well-being by creating a community of like-minded individuals who believe in promoting physical activity as a way to health and wellness. 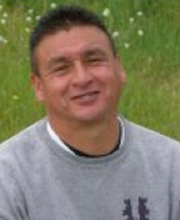 Dano Thorne’s dedication to all levels of sport, as an elite athlete, coach and administrator, has provided him a thorough understanding of the Aboriginal, Canadian, North American, and International sport systems. From beginning to end as the Cowichan 2008 Bid Coordinator and the Community Sport Development Officer he worked diligently at the best ever Cowichan 2008 North American Indigenous Games. During his sport career he has held numerous positions with boards and committees for the wholistic development of aboriginal youth, athletes and coaches; including Coaches Association of B.C. Canada, Athletes Can, NAIG Council, Team BC Chef de Mission, Canadian Parks Recreation Association, Special Olympics North America, First Nations Health Council, The Secretary of State National Working Group and the acclaimed Esteem Team Role Model Program. He has received numerous provincial and national coaching awards and was the first recipient of the National Aboriginal Coach of the Year Award in 1999.

Dano attended the National Coaching Institute in 1994-95. He continues to be head coach of the renowned NIFA Women’s Select team program that competes internationally around the world. Dano is currently preparing the ladies for their upcoming participation at the World Indigenous Games in Brazil September 2015. Dano is the head coach and developed the NIFA Elite youth soccer program where U11, U13, U15 and U19 boys and girls can participate and develop on community-based teams on Vancouver Island, and the teams travelled to Hawaii in August 2014 to compete. Dano’s role as a sport leader is taken seriously with integrity and humility and he is always looking at the best interests of all athletes and coaches across Canada North America. He shares the universal dream with past, present and future aboriginal sport leaders to see our youth athletes participate for Canada and to reach the highest levels of personal choice and commitment. In his role as a successful Team BC Chef De Mission he realized that when the communities are given the opportunity, respect, community spirit, and teamwork it ensures success in programs and sport development. Dano believes that traditional protocol and culture ensure community input and participation. These are keys to starting and building relationships respectfully to work with first nation and aboriginal communities. Dano as a leader has been an advocate for aboriginal sport, from the grassroot to international levels for 20 years and has mentored many aboriginal youth in Canada. Working with the spirit of the people, “dreams can become reality”. Dano is currently working as a sport development facilitator and consultant and is enrolled in the Canadian Sport Centre for the ‘Advanced Coaching Diploma,’ the first aboriginal to attend in Canada. He is tasked to develop and design wholistic development programs for aboriginal youth. 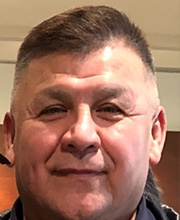 As Chief of the Ermineskin Cree Nation for three years, and as Treaty Six Grand Chief, Randy went in with a plan determined to advance the tribe while building strong and healthy relations. In his Masters in Leadership and Administration at Gonzaga University he learned that as leaders we needed to see the ‘bigger picture’ and to define what ‘servant leadership’ is. We have to think ahead seven generations.

As a competitive athlete, Randy competed in golf, fastball, baseball, football, hockey and track events all over North America. He was one of the first aboriginal hockey players to play junior and semi- professional hockey from the Maskwacis (Hobbema) area. Since putting sport competition aside, Randy committed a good portion of his time coaching sports and mentoring the next generation of coaches and athletes. Today, Randy does a lot of public and motivational speaking for youth and others to get involved in sport activities and to also encourage the younger generation to get into leadership. More importantly, think and plan for the future.

Since leaving politics, Randy is currently serving as trustee for the Wetaskiwin Regional Public Schools as a Maskwacis representative. This appointment is to help the school district understand the culture and protocols so that relationships can/will improve, but more importantly, that Maskwacis student outcomes be improved.

Randy and his wife Fran just celebrated their 34th anniversary. They are both educators at the Maskwacis Cultural College in Maskwacis, Alberta and are committed supporters of their grandchildren’s sports.